a new production by Sachiyo Takahashi 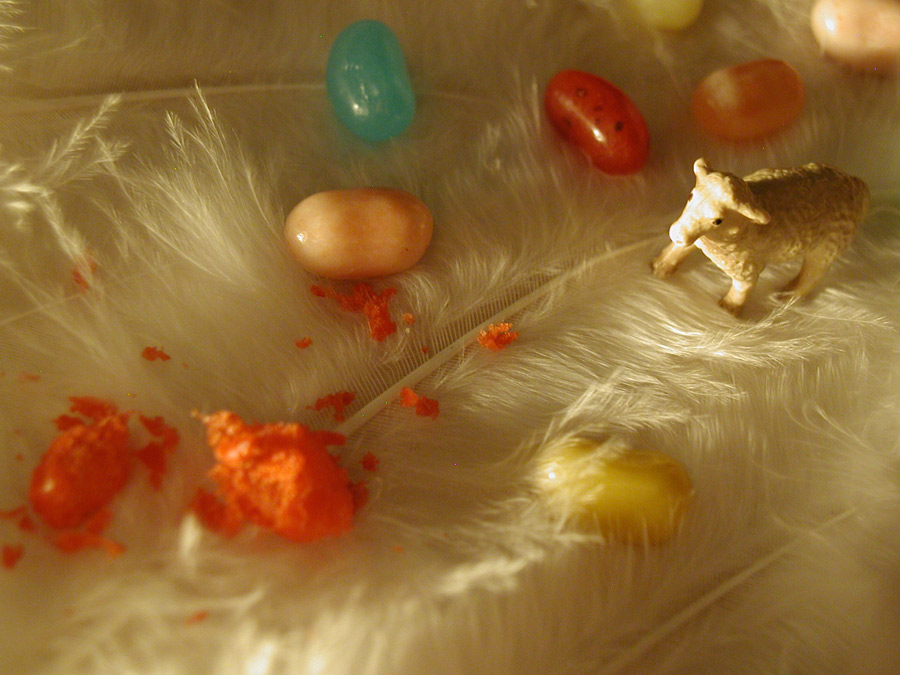 The Nekaa Room: Dark Matter is a new production by Sachiyo Takahashi as part of her ongoing Microscopic Live Cinema-Theatre series.

The work examines the culture of kawaii (“cuteness”), which is rooted in contemporary Japanese society but has been expanding internationally.

Through her microscopic view—using miniature figurines and props made of found objects on a table, projected with camera and effects—Takahashi explores an alternate side to the world of kawaii.
Born in Japan, Sachiyo Takahashi is an artist who explores human nature and forgotten emotion. Combining ?ne-tuned sound and fable-like abstract narratives, Takahashi leads the audience through a journey that transcends ordinary imagination. She does not narrate, but tells her story through tiny subtitles and the interaction of the figures.

Takahashi studied theatre direction under Jan Fabre, and electroacoustic music under Annette Vande Gorne in Belgium. Her works have been presented internationally, including the Advancing Performing Arts Project in the EU, the Prague Quadrennial of Performance Design and Space and the International Symposium on Electronic Art in Japan. She was a recipient of the Pola Art Foundation grant in 2003. She came to Vancouver as an opportunity to experience North American culture.

The Nekaa Room: Dark Matter premiered in October 2011 and has been reworked through a residency with Vancouver’s Boca del Lupo. It runs as part of Boca del Lupo’s Micro Performance Series (January to May).
Nekaa is the name of an imaginary girl inspired by the work of Japanese children’s book author Taruhi Furuta. She is curious, and observes daily things and explores the other world through her observation, much like a Japanese Alice in Wonderland.

This is known as the ‘era of kawaii’ Takahashi said, unlike earlier concepts of beauty, though a value placed on smallness is not new to Japanese culture; for instance, bonsai and other objects are valued for their smallness. Particularly among young people the word kawaii is overused, notes Takahashi, but she uses it to explore what is underneath.