What Was Life Like Back Then for the Nisei? Valuable Memories Contributed by a Reader

We’ve been asking you readers to send in what you think are characteristics unique to Japanese Canadians by completing the sentence “You know you’re Japanese Canadian if….” Some readers have responded, including notably Mr Chuck Tasaka, age 68, of Nanaimo. To our amazement and gratitude, he has given us a long list of items that paint a vivid picture of the daily life of hardship back then, that might have been almost forgotten by the era of the Yonsei children. Some of the items reminded me of my own childhood in Tokyo in the immediate post-WWII years. In other words, everything from food and clothes to appliances and even toys was in short supply…but we made the best of it. 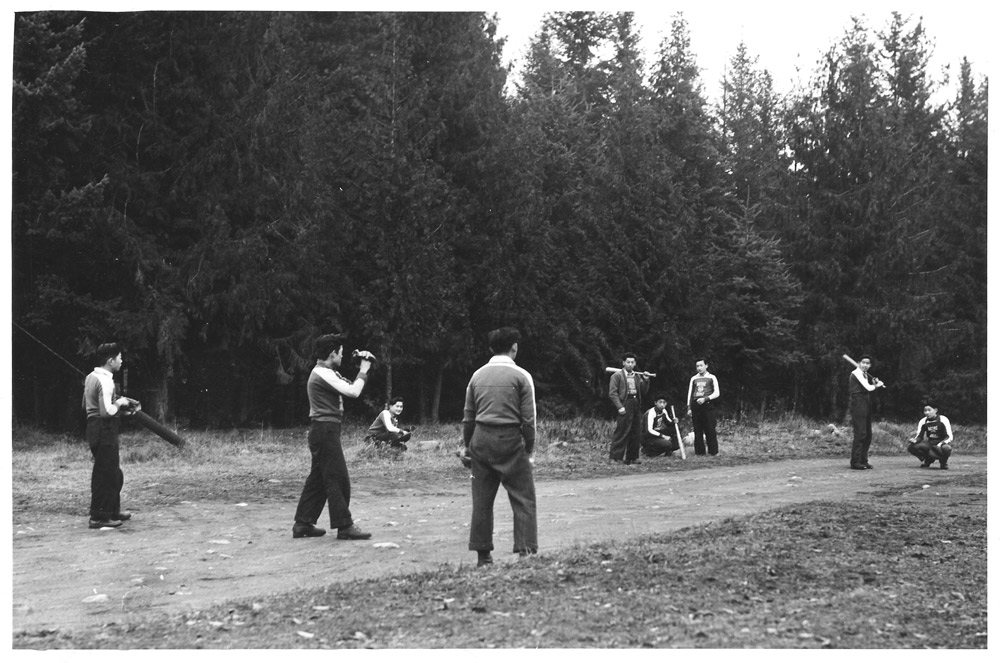 Mr Tasaka was also kind enough to tell us a bit about his background and career. “I was born July 13, 1945 and I live in Nanaimo (24 years) now and 20 years prior in Ladysmith on Vancouver Island. I was born in Midway, BC just 13km west of Greenwood, but I have lived and grown up in Greenwood, BC, the first internment camp. I graduated from Greenwood High School and graduated from UBC in Elementary Education in 1968. I taught for 33 years and I took one year out to live in Japan. My main reason for going to Japan was to learn how to speak Japanese correctly, and to learn more about Japanese culture. I learned the Steveston-fishermen dialect, or Kishu-ben. Being a teacher, I felt inadequate when students asked me why I don’t know everything about Japan. Of course, they assumed I was Japanese. In the meantime, I needed to teach English as a free-lancer to survive the year in Japan. I’m rather a strange Sansei. LOL! I think like a Nisei, you might say.”

It was the housewife who bore the brunt of the burden back then. As Mr Tasaka recalls, “Mothers wore white aprons all the time,” as housework kept them busy almost non-stop. “(She) saved Kokuho cloth rice sacks for future use. Made pillow cases, bedsheets, underwear, dish towels, Halloween sacks and cloth bags. They were bleached to make them white. However, the faded Kokuho Brand sometimes showed.” She also, “Saved store strings and put them in the kitchen drawer (along with) Nabob coffee coupons, wax papers, newspapers (for toilet paper), etc.” Children’s clothes and footwear had to last. “(We) wore jeans that were so big that the cuffs had to be folded about four times!” and “wore shoes (don gutsu) that lasted almost an entire childhood.”

In those days, children also helped out to put food on the table. Mr Tasaka recalls: “(We) picked iwa nori (seeweed attached to rocks) at the beach to make square seaweed sheets (nori). Then heated the seaweed for a very short time over high heat and burnt (singed) them! Children always crushed them between the palms of their hands to sprinkle on top of hot rice.” Also, “(We) went berry picking at around 11 or 12 years of age in the summer, and graduated to cannery work at age 16.” Thus the kids had to contribute to the household income too.

Even though the times were hard, parents did their best to bring little bits of joy to daily life. For instance: “(We) ate mochi and Japanese Satsuma oranges during Christmas holidays. The peelings were saved, dried and cured in the oven to make snacks. (We) added sugar for sweetness. They were comparable to dried fruits. Nothing was wasted.” Mothers also made “candy that was the best…it was chewy, almost taffy-like” as well as “karinto (finger-sized crackers covered with brown sugar). The best maker’s recipe was top secret.”

So karinto must have been a popular snack made in many households. Parents also made green tea from dried snow pea (sayaend?) stalks and tsukemono (pickles) from cucumber, cabbage, watermelon rind and daikon.

For winter fun, people also made skis and sleds to take to the slopes. Over the Christmas and New Year break, people played dice and blackjack for pennies. Children played hop scotch and girls, in particular, played Jacks which is similar to the traditional Japanese girls’ game of otedama (using tiny cloth “balls” filled with dry red beans and such).”

Mr Tasaka gave many other examples but you get the general picture. It was a life of never throwing anything away that could be re-used or processed and eaten at the dinner table. Even confectioneries, toys and sport equipment were home-made and hand-made. Being of the same age as Mr Tasaka, I can relate to many aspects of his childhood lifestyle. I can recall watching neighborhood girls and school girls on commuter trains playing otedama, for instance.

Was the daily life of scrimping and saving, of making everything at home with whatever they could find, hardship? Certainly seems so by today’s standards, but one thing I try when looking at things in the past, is not to evaluate them in hindsight, but to look at them in the context of their respective eras. I’ve learnt this from translating historical materials from Japanese, European and US sources as well as Japanese Canadian. In that sense, how hard life in the internment camps, for instance, can only be appreciated by gathering as many personal accounts as possible from those who experienced it and are still around to tell us.

So a heartfelt thank you to Mr Tasaka for sharing his invaluable memories with us, and we continue to invite our readers – whether you’re Nisei, Sansei, Yonsei or Gosei – to email us your one-liners, however many, at editor@bigwavedesign.net.

Finally, while watching the Sochi winter Olympics events on TV, two things in particular impressed me. One was how strong the camaraderie was among the Canadian athletes and how much support they gave each other regardless of their individual sport. The other was how Japan’s men’s figure-skating Gold medalist Yuzuru Hanyu and some other Japanese athletes managed to forget about the negative pressure of the “responsibility of representing Japan” and do their best. We’d also like to wish Canadian slopestyle skier Ms Yuki Tsubota a speedy recovery from her injury.