LIGHT AND DARK AND NOH IN VANCOUVER’S DOWNTOWN EASTSIDE 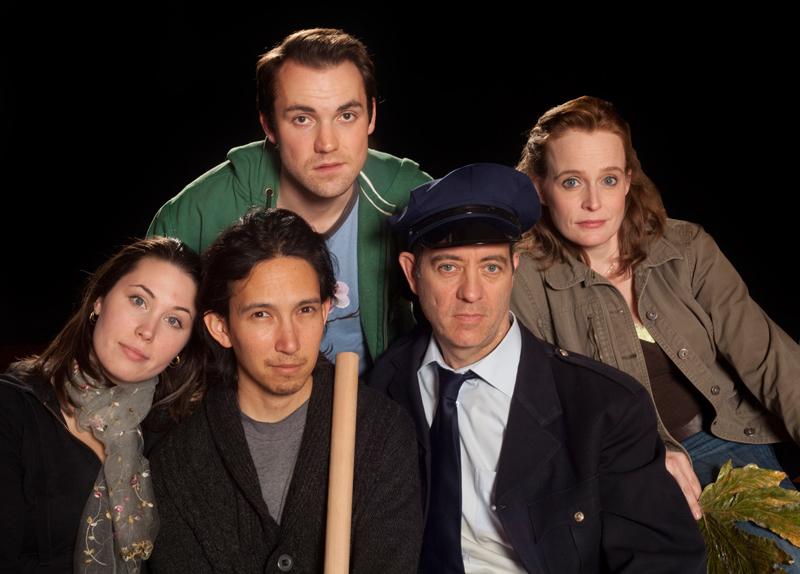 Shadow Catch—which premieres at the Firehall Arts Centre on December 2 as part of Vancouver Pro Musica’s Further East/Further West series—tells the story of a young runaway newly arrived in Vancouver who spends the night in Oppenheimer Park—and the four spirits who appear to him in his dreams. These spirits recount aspects of the dynamic pre-war history of the Powell Street neighbourhood.

The Bulletin recently spoke with Colleen Lanki (stage director) and composer Roark about Shadow Catch—and the compelling journey it holds for its audiences.

The marketing material for Shadow Catch describes it as “a brand new chamber opera inspired by Japanese noh.” In what ways has Shadow Catch been inspired by noh theatre?
Colleen Lanki You can see the noh influence in the libretto. Daphne Marlatt has done a lot of research into noh theatre over the years, and the characters she’s created are extremely noh-like. To some degree noh also influenced the music, and there’s a fair bit of noh influence in the movement and the staging. Someone who is familiar with noh would recognize these influences.

Shadow Catch explores the history of the very neighbourhood where it will be performed. How has proximity to the setting of the play affected the project?
Benton Roark It’s been wonderful to be able to build a relationship with the neighbourhood. I’ve tried as much as possible to spend time there. I attended the Powell Street Festival and the recent commemorative Asahi baseball game. I’ve wandered the park at night. I see now that it’s a bustling community. Having that sort of proximity has been helpful for the project. I could close my eyes while writing and picture things. 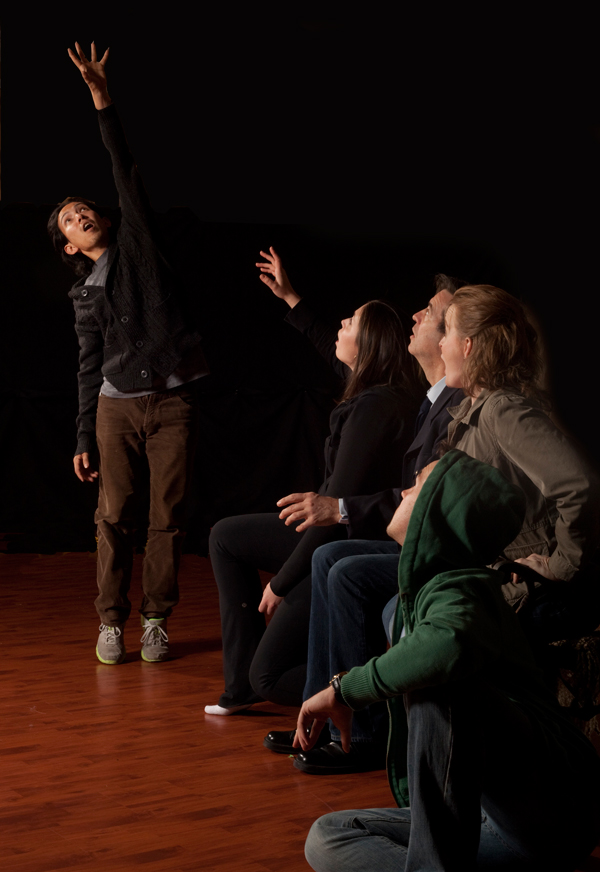 Benton: tell me a little bit about the section of the piece that you composed. Who is your character?
BR I chose the Warrior play. In noh, these plays typically focus on a ghost who is shamed, or defeated, or whose soul is searching for peace. In Shadow Catch, the Warrior play concerns a member of the Asahi baseball team. He first appears as an old man speaking in mysterious poetry, and he reveals his true self to be this star of a championship team. I really followed the narrative quite closely in my music. I wanted to evoke the joy of his memories and of his life leading up to internment and juxtapose that with the sadness of what transpires to him. There’s a strong juxtaposition to my act, and it was driven by wanting to find the light in the dark.

What is your favourite moment in Shadow Catch?
CL My favourite moment is when one of the characters becomes her young self. It’s quite glorious. She appears as an old blind woman, and then over the course of a few bars she transforms into a young, strong woman who ran a brothel. It’s a magical moment. The transformation moments are all beautiful, and are recognizable as noh. Characters will often first appear as an elderly person—maybe an everyday wood gatherer—and then they reveal themselves to be a god, or the ghost of a warrior. That type of noh characterization is something that Daphne has chosen to construct and examine in Shadow Catch.

What feeling or impression do you want your audiences to be left with at the conclusion of Shadow Catch?
BR Shadow Catch is not meant to be a cold history lesson. It truly is poetry. I want people to have a feeling of the profundity of where they live. I want them to be inspired to think about it more.

Shadow Catch premieres December 2 at the Firehall Arts Centre (280 East Cordova Street—mere blocks from Oppenheimer Park, where the events of the opera take place) and runs until December 4. Tickets are $30/$18 and can be purchased at 604.689.0926. For more information, visit shadowcatch.blogspot.com. 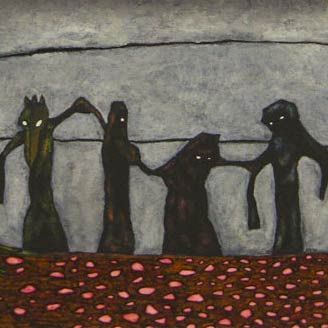 Shadow Catch—which premieres December 2 as part of Vancouver Pro Musica’s Further East/Further West series—tells the story of a young runaway newly arrived in Vancouver who spends the night in Oppenheimer Park—and the four spirits who appear to him in his dreams. These spirits recount aspects of the dynamic pre-war history of the Powell Street neighbourhood, beginning with K’emk’émelay, the grove of giant maple trees cleared for Stamp’s Mill in the 1860s. Further acts introduce the ghost of a Japanese Canadian ballplayer from the famous Asahi baseball team; a 1920s-era, Hastings Street madam; and a demon-figure ex-cop wrestling with memories of corruption during the labour riots of the 1930s.

Though the music in Shadow Catch is contemporary and representative of the distinctive styles of the four composers, elements in the scoring, movement, and libretto have been influenced by traditional Japanese Noh theatre. Moments within each of the four acts unfold with the delicacy of a flower, as is common with Japanese Noh; each of the ghosts corresponds to a different type of Noh play (god play, warrior play, woman play, and demon play); chant-style singing—a staple of Noh—is present throughout. And director Lanki—a specialist in Japanese theatre whose recent productions have explored Japanese classical dance—is well versed in the genre.

Shadow Catch premieres December 2 at the Firehall Arts Centre (280 East Cordova Street—and mere blocks from Oppenheimer Park, where the events of the opera take place) and runs until December 4. Tickets are $30/$18 and can be purchased at 604.689.0926. For more information, visit www.vancouverpromusica.ca.