Spring is in the air, and with it, the anticipation of new beginnings.

For The Bulletin and our publisher, Greater Vancouver Japanese Canadian Citizens’ Association (GVJCCA), it’s proving to be a time of renewal and change. The recent AGM saw the election on a reinvigorated Board of Directors, with many returning faces and a number of new ones, bringing fresh ideas and energy to one of the community’s longest-running organizations. As Editor of The Bulletin I look forward to working with the Board and other supporters in the community as we move forward. I hope you will join us for a community meeting on Sunday, May 4, from 2pm – 4:30pm at the impressive new Tonari Gumi / JCCA Building at 42 West 8th Avenue. The meeting is a chance for the community to help steer the direction of the GVJCCA for the foreseeable future. Help us open the windows and let in some fresh spring air to this venerable organization that helped facilitate the postwar return to the coast and was at the forefront of the fight for Redress.

Speaking of changes, we will be making plenty of them at The Bulletin over the next few months. I am thrilled to introduce you to the two newest members of The Bulletin family. Kazuho Yamamoto and Kaori Kasai (AKA Sleepless Kao) are joinging the team as editors/designers of The Geppo – the Japanese section of The Bulletin. Kazuho and Kao join us at a time that we are making a push to re-envision The Geppo, with the aim of better integrating it with the rest of The Bulletin while bringing in new readers. In the process, we hope to help bridge the gap between the two worlds – our own version of the two solitudes. As a self-confessed unilingual Hapa, I look forward to seeing how this plays out on these pages over the coming months. As always, we welcome your feedback and hope you will bring ideas for The Bulletin and Geppo to the community meeting on May 4. 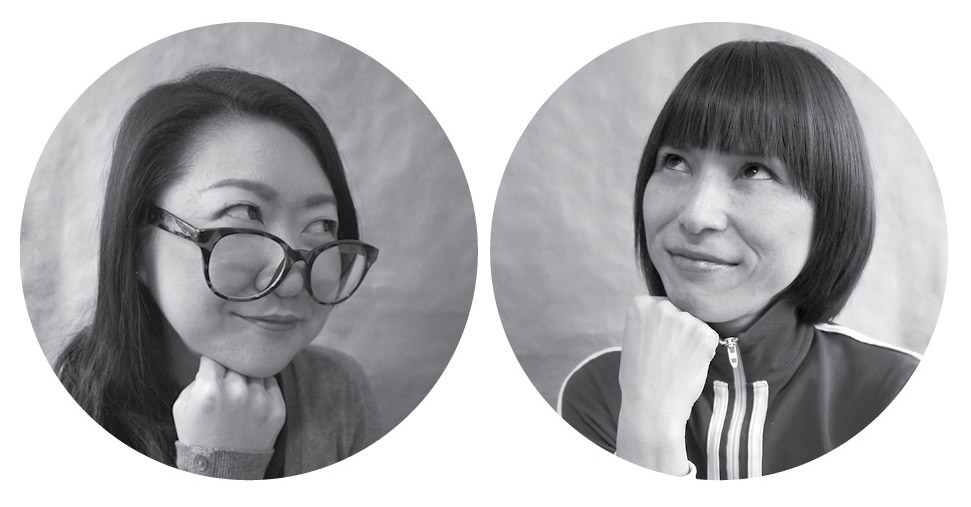 Tell our readers a little about yourselves, where you are from, and when you came to Canada . . .

Sleepless Kao: I came to Canada from Shizuoka prefecture in 1994. I wanted to establish my career as an artist.

Kazuho Yamamoto: I am also from Shizuoka prefecture, but I also lived in Aichi prefecture as well. Although Kao and I are from the same prefecture, I had nothing to do with her. haha.

KY: Anyway, I received a scholarship to study at SFU and came to Canada in 2008.

You are both involved in the JC community in various ways – tell me a little about that involvement . . .

KY: I worked for Powell Street Festival Society (PSFS) as a production coordinator and administrative assistant in 2010 – 2011. After that, I have been volunteering for PSFS and am a member of the Advocacy Committee. This year, I started working for PSFS again as an administrative assistant. Kao was a member of programming committee, a craft booth vendor as well as a poster designer and that’s how we got to know each other.

SK: As Kazuho mentioned, I have been participating in Powell Street Festival’s craft booth since 1994 and I’ve designed their posters in 2000, 2010 and 2011. I was also a member of their Programming Committee for three years. I am a children’s book author and illustrator. In 2010 I had an art exhibit and John came to see me to cover my exhibition. I also teach computer animation and organize workshops called DiGi-ART. Last year, Kazuho and I collaborated and did workshops for both Powell Street Festival and Nikkei Matsuri. It’s been nice working with her and we are also good friends.

KY: I feel she is more than my friend. It’s more like my family in Canada. She feeds me a lot and is a great cook!

SK: Is that apple polishing?

This is your first issue as editors of The Geppo. What do you think so far?

SK: I had a fun time. Although I had no time to sleep before the due date. I don’t know what Kazuho thinks…

KY: I totally echo what she said. We do production meetings at Kao’s studio and she feeds me before our meeting. One night, she cooked pad thai and it was delicious!

SK: Actually, I totally forgot about Japanese writing style – for example, where to place brackets, commas etc. We had a lot of arguments and did research! Anyway, I let Kazuho take care of them and I focused on graphics and illustration.

KY: We are good team. We each have different strengths – Kao is good at graphic design, and I look after communication with writers and text layout.

Can you share some of your hopes and plans for The Geppo?

SK: I would like to introduce Japanese magazine elements – simple, but visually attractive, utilizing different typography and graphics. That’s what I would like to work on.

KY: I am interested in developing some new contents such as interactive/participatory pieces, investigative journalism so the magazine voices and aligns with what JCCA is doing (or going to do). I am looking forward to the community meeting in May so we can get more input from our readers.

I am looking forward to working with both of you. I see some interesting, exciting, and hopefully challenging times ahead. Not too challenging I hope! I hope that you will push me to make the English side better at the same time.