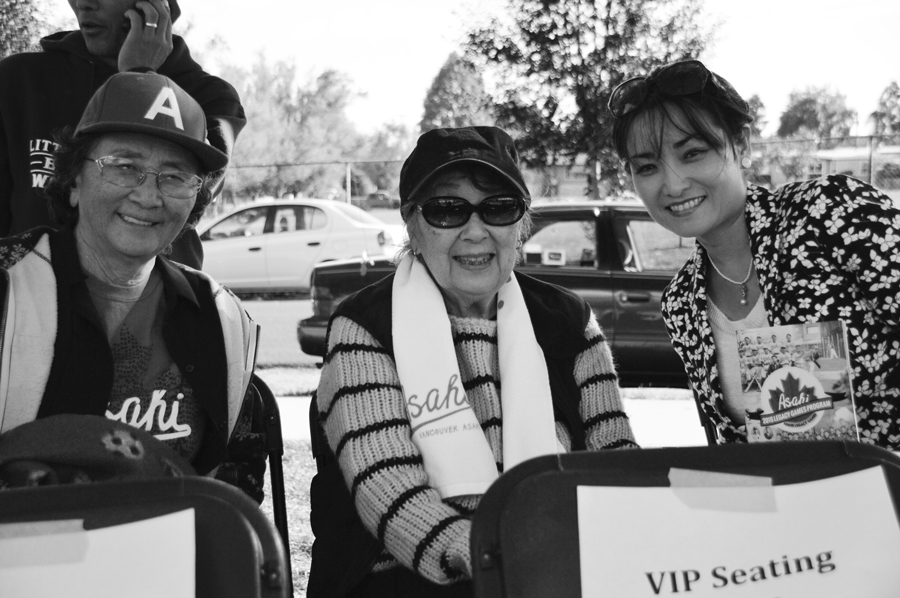 In 1958, when Gordon Kadota started the first golf tournament for the lower mainland JC community, it was a massive social event. Fees at private clubs were still prohibitive for most Japanese Canadians, who were just getting back on their feet following the diaspora experienced during and after the war. These early tournaments had over 200 players, sometimes held on two courses – and it was strictly social. Many years later, the tradition continues and that’s due in a large part to the tireless efforts of Shag Ando, who almost single-handedly kept it alive for the JCCA from the early 1990s until 2014.

Born in 1935, Shag was the youngest of five Takeda children in Raymond Alberta. “It was horse and buggy time. Our family had a farm and we all worked on it. I’m basically a farm girl.”

Raymond Alberta is home to the first Buddhist Church in Canada and Shag was part of a very small Japanese Canadian community of farmers, who had enough children to have a schoolhouse to service their families. Later, in 1956, she would go to Japan on World University Service as a rep of the University of Alberta, where she’d meet her husband Mark, before returning to Calgary and then Vancouver, to build a life for her new family.

How does golf factor in Shag’s life? “I’m not a good golfer. I’m a high handicapper.” says Ando who with her husband Mark “owned a driving range – Lionsgate Golf Centre – in North Vancouver where the Japanese used to come over to practice.”

Her love of the game has always been about the social element of getting people together and she is the first to admit “I don’t like meetings and that’s why I did so much work. It was easier to stay at home.” There have always been a core group of organizers for the tournaments, and Ando credits Ruby Foreman, Vic Mochizuki, Ken Nishi, Perry NIshihata, Mark Nagumo, and Katsuko Shiori, among others, for their involvement with the annual event.

Three years ago, Shag stepped down as organizer of the tournament, and since that time it’s been a joint event between the JCCA and Tonari Gumi. Today her focus is her husband Mark, her three kids – Scott, Tony, and Emiko (head of the Asahi Youth Baseball League ) – and four grandchildren including Asahi player nine year old Ty. “I love being a grandmother and wish I had more grandchildren.”

Shag Ando will be honoured at the 2016 Japanese Community Golf Event, run by the JCCA and Tonari Gumi on June 12 at Meadow Gardens. To get involved in the tournament please contact: Tonari Gumi 604.687.2172 or development@tonarigumi.ca. All ages and all abilities are welcome. Format will be mixed to include a Texas Scramble for beginner players. 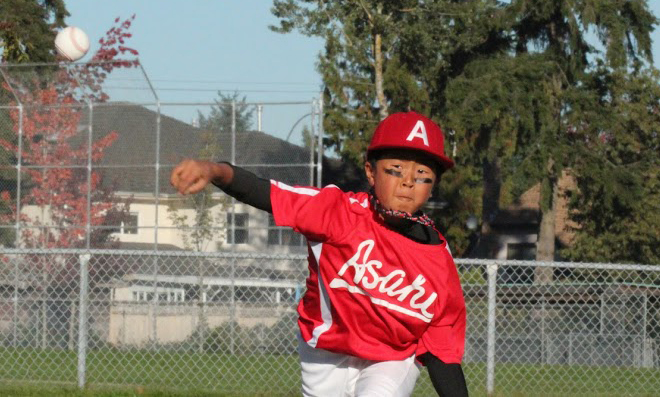 Scott Ando on his Thoughts about His Son Playing for the Shin-Asahi
I am grateful that my son, Ty, has an opportunity to learn about Japanese Canadian history and culture in Vancouver through Asahi Baseball. It is chance for him to meet other Nikkei ball players and another connection to Japan. The Asahi Baseball club is teaching the Japanese way of baseball. The Japanese identified with baseball’s discipline, team play, the duel between pitcher and batter and play an honourable game of ball. In addition, the players are learning defense, speed and small-ball strategy – called “brain ball” at the time. He is delighted to be a part of the Club and aspires to play in Japan in five to six years.