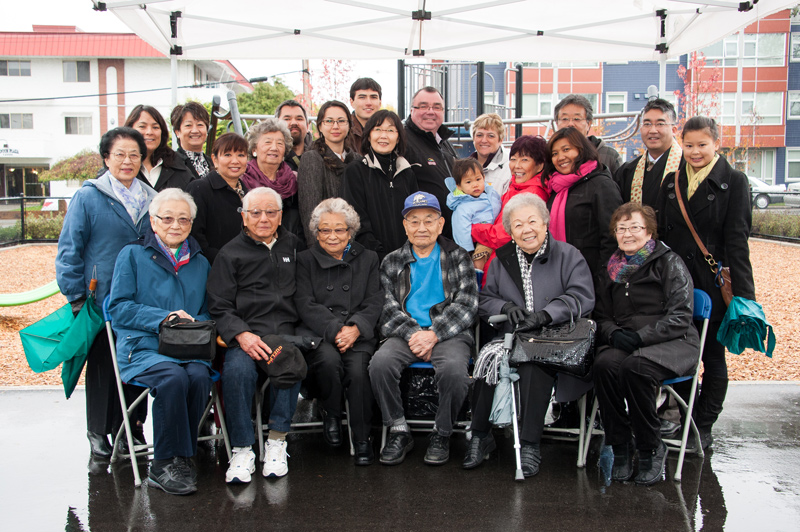 On a rainy, blustery day, forty to fifty dedicated souls turned out for the Haney Nokai Park Dedication ceremony. Local resident Lynne Currie suggested the dedication when she heard a new park was being created on 222nd Street and Church Avenue in downtown Maple Ridge. Lynn’s mother grew up in Maple Ridge in the 1930’s and attended school with the Japanese children at Hammond Elementary and MacLean High School. Her grandparents and uncle farmed the property which is now the Dunbar Street subdivision next door to the park. “Uncle George and his family owned the property up until 1964 when the farm was subdivided,” Lynn says. “I did not know until I was in my late thirties that the farm had been owned by a Japanese Canadian family before my uncle purchased it through the VLA program. My parents, Art and Vi Carlson, bought one of the lots on Dunbar Street and built their home there in 1974. And after my parents died my husband and I lived there from 1988 until this past September. My grandfather was a foreman at Hammond Cedar before retiring and taking care of the dairy farm on Dunbar Street in the early 1950’s. They had a herd of Jersey’s they used to walk up to the Aggie Hall each year for the Fall Fair.” Lynn worked with Val Patenaude at the Maple Ridge Museum to come up with the appropriate title in which to honor the Japanese Canadian farmer’s legacy.

Ernie Daykin, the Mayor from the Municipality of Maple Ridge, and Deb Walters, the Mayor of the City of Pitt Meadows, gave warm remembrances of the Japanese farmers: “they were the best darn farmers—they worked so hard and did such a great job.” The Municipality of Maple Ridge encompasses the former towns of Hammond, Haney and Whonnock, and area known for small fruit farms perfected by Japanese Canadians. That area came to be known as the Strawberry Capital. “Nobody could grow berries like the Japanese could.” Mayor Daykin MC’d the dedication and later, Mike Murray, Board of Education Trustee, Chair & Parks Commissioner School District No. 42 spoke on the public engagement process, the outdoor fitness equipment and unique features of the park including a green space, children’s playground and sport court. Many local residents and a number of local Scouts attended and took part in the ribbon-cutting ceremony. 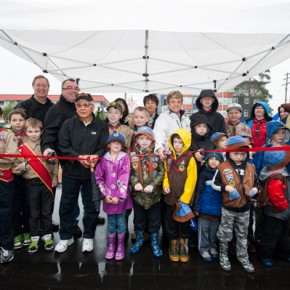 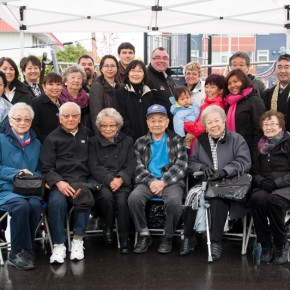 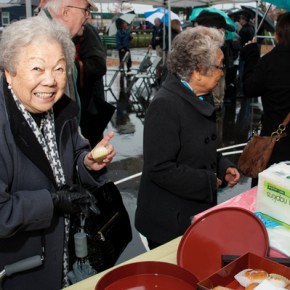 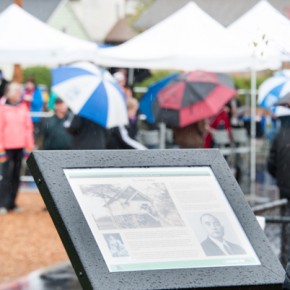 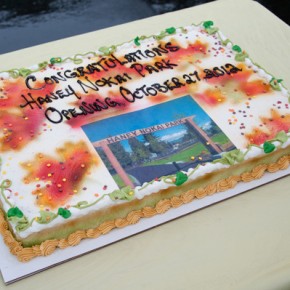 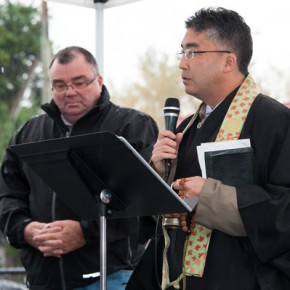 Reverend Grant Ikuta gave blessings from the Jodo Shinshu Buddhist Church for the opening of Nokai Park. He mentioned that his grandfather used to come to Maple Ridge in the early days to minister to the Buddhists living in the area. Reverend Ikuta senior was the New Westminster Buddhist Church minister at the time. So it was fitting to have Reverend Ikuta to bless the park in honour of the hard working Nokai members not only in Maple Ridge but in the surrounding farming areas.

Special guests from Ontario were Geri Kraus, granddaughter of Yasutaro Yamaga; her son, Jeff Yasutaro Kraus who lives in Port Coquitlam; and her niece, Anita Hibbert, who lives in Vancouver. Geri’s brother Yasuo is also named after their grandfather. Geri writes, “I was so very happy to have the opportunity to attend the dedication of Haney Nokai Park for a couple of reasons. The dedication of a park carries on the theme of living together and appreciating nature which seemed to be part of what my grandfather believed in. In addition, because we did not have the good fortune of growing up with Mr. and Mrs. Yamaga, I am particularly grateful for occasions such as this which help me to learn more about his life and thus about him. (Of course, this trip also gave me a chance to spend valuable time with my son whom I see only a couple of times a year.)” Yasutaro Yamaga and Jiro Inouye were honored on the permanent plaques in the park as the early leaders of the Nokai community. The Haney Nokai was the model to other Nokai due to the excellent organization, the ability of Mr. Yamaga to bridge all gaps in the community and his foresight in encouraging communities to work together for the greater good. Mr. Yamaga was an accomplished spokesman and organizer.

The Nagai & Kosaka families from Maple Ridge turned out for the opening, and took part in the ribbon cutting ceremony. “We really appreciate the dedication to the Nokai.” Special thanks goes to Kaori Yano, whose grandfather Jusuke Ishikawa was also an early pioneer to the area. A Nokai member, he also helped to construct the Judo Hall on 216th in Maple Ridge, which is now a pub. Kaori and the Nikkei National Museum Auxiliary group donated about 50 manju & mochi manju for the occasion, which was well received by the crowd.
A small display of images relating to Japanese Canadian farming pre-war was exhibited under the portable canopy. The farms were entrusted to the Custodian of Enemy Property in 1942, and sold off as a parcel without permission in 1943. Mr. Yamaga was asked to be on the three-person committee for the sale of the lands, but felt compelled to resign when he could see the lands were going to be appraised for quick sale under the Veterans Land Act.

Linda Kawamoto Reid, granddaughter of Sansuke and Koto Kawamoto from both Port Hammond (1906-1920) and Haney (1920-1942) represented both the families of the Nokai and the Nikkei National Museum in thanking the Mayors, the Parks Board and the citizens of Maple Ridge and Pitt Meadows for honoring the Nokai. She acknowledged that the women worked just as hard as the men and when the children were old enough to work the farm, they did so too. Koto Kawamoto wrote a story that won first prize in the NAJC history contest in 1958, “I helped my husband cut logs in a logging contract during the day, and then returned home at night to do the same. I did this until just before my third child was born in 1912. Then later when berry picking season came, I took my children with me to pick berries at a Caucasian farm. I worked harder to make up for the fact that I had my children with me, the owner was kind to me, and paid me the same amount as a man, 20 cents an hour.”

In honoring the Nokai, they worked hard cooperatively to hand-till the unwanted and bracken-filled land as pioneers, they perfected their art as small fruit growers and farmers feeding Canada and contributing to the gross national product, and they persevered In times of racist politics that were stacked against them (Gambare). They uttered ‘Shigata ga nai’ (it can’t be helped) when removed forcibly from the coast, their land sold for a pittance, unable to return to the coast until 1949. Permanent plaques acknowledging the Nokai stand at the entrance to Nokai Park for us all to remember and honour the Nokai thanks to the District of Maple Ridge and the City of Pitt Meadows.