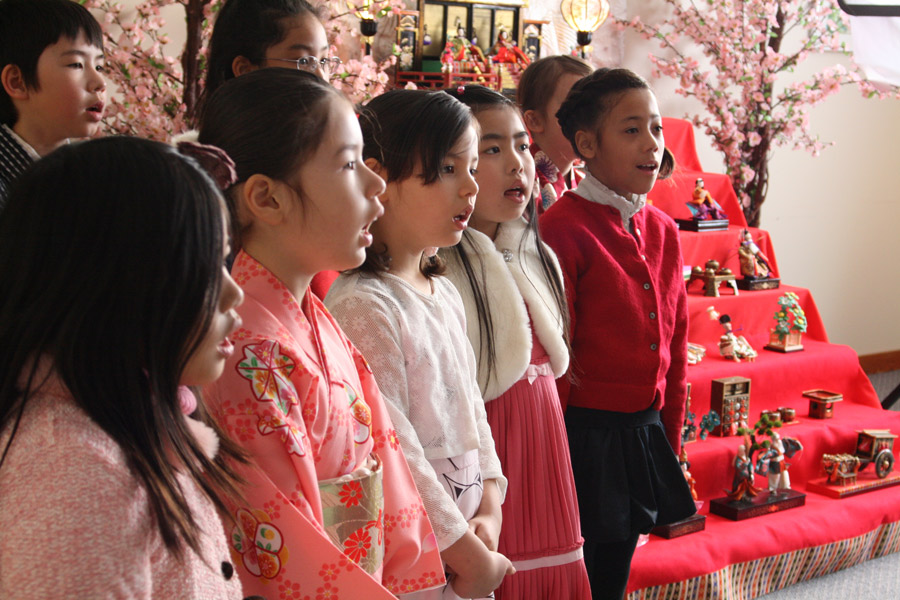 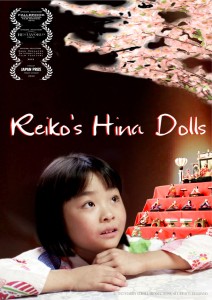 The average age of the nisei generation is easily over 80 years old. They were less than 10 when the war started. When asked about their memory of the internment camps, many nisei recall only the good times they had playing in forests and lakes. But camp was a place of great cultural change for the Japanese community. Elder nisei became temporary teachers for their younger brethren and continued their education in English. The Issei generation, the first on North American shores, gave up teaching their children Japanese. Reiko’s Hina Dolls is a symbol of the Japanese cultural heritage that the nisei lost at an early age.

In 1942, most of the 23,000 Nikkei people on the West Coast were forced from their homes. They were literally moved with only the clothes on their backs. Each family was only allowed to carry 750 pounds (340 kilograms) of luggage with them. There were even examples of federal police showing up with paperwork that ordered families to prepare within 23 hours.

Back then a young nisei man, Katashi Hibi of Steveston, BC, joined a movement that asked the government to have families move to the internment camps together, after he saw a man, who was ordered to join a road work camp and had to leave his family to move without him. While Hibi helping this man’s wife pack their things, Hibi thought, “I can’t tolerate this kind of inhumanity.” (Nikkei Voice, July-August 2004).

“If it were you, what would you put in two suitcases? How would you prioritize things?” These were the questions that Hiromi Fukuda, a lecturer, posed to a group in Toronto to whom she was trying to impart an understanding of the history of the Japanese Canadians, using a pair of open suitcases. In this excellent role-playing exercise, one has to choose what to put into the trunks, and gradually one’s identity is revealed. Thinking the opposite way, it is overwhelming to see the huge amount of things that must be left behind.

Amidst that confusion, there was a Japanese person in Edmonton who chose to bring with her a seven-level set of Hina dolls upon being forced to move from Vancouver. She didn’t move with any group. She and her parents evaded the federal police and headed for the interior. “We fled,” she said. In the movie, a suspicious policeman stops her family as they try to flee in the dark of night, yelling, “What’s in the box?” Young Reiko responds honestly: “Inside are a set of dolls that my sister used to care for. But my sister’s dead.” Then, the voice of an adult Reiko says, “I don’t know why the RCMP let us go that night.”

In my opinion, the “free movement” of Japanese people to Canada’s interior was allowed until the end of February 1942 and their flight may not have been illegal. Either way, I don’t think they would have escaped the disparagement of other Japanese at having “fled.”

Seventy years later, Reiko donates the dolls to the Edmonton Japanese Community Association. As children sing Hina Doll Festival songs and eat sakura mochi, Reiko sits on a sofa in the corner of the room and wipes away her tears. “Why are you crying?” asks a worried little girl. “I’m just happy,” Reiko says.

How does one measure all that each Japanese person lost in the forced move and confiscation of property? In the 1980s Redress Movement, the National Association of Japanese Canadians estimated the amount in today’s dollars and began negotiations with the government. It sought not only an apology and compensation for the destruction of Japanese society but demanded an accounting of everything each individual lost. A group of Issei who was opposed to the movement argued that begging for such a pittance after such a long time would make them reviled by broader society. They said that because they were enemies of the state, internment and confiscation couldn’t be helped. They took the position that they should be grateful that the Canadian government provided basic food and shelter even to its enemies.

This way of thinking did not take into consideration the more than 60 percent of Japanese who were born in Canada, were raised to be good Canadian citizens, felt betrayed by their homeland, felt abandoned when they were suddenly viewed as enemies, lost property and status and watched their dreams and hopes for the future dashed. The honorary bachelor’s degrees given in 2012 to University of British Columbia students who had to stop studying just before graduation are a symbol of the status and property that was their due.

When one gazes at the perfect beauty of a Japanese doll’s face, one suddenly senses an unspoken sadness around the mouth and eyes. Though they take human form, they are not alive. They are without breath and to breathe is to live. In other words, dolls have the beautiful look of death.

It is said that the origin of the kokeshi doll is the disappearance of a child (“ko o kesu.”) Although it’s a folklore with no foundation, the phrase somehow fits perfectly. I once went to a spiritual place called Osorezan in Mutsu City, Aomori Prefecture. Beside the conjurers who sit on straw mats and raise the spirits of the dead, there is a small shrine. Inside is a mountain of dolls. I knew it was just a pile of dirty cloth, but I felt like I could hear the cries of parents who had lost their children.

In the same way, Reiko’s Hina Dolls tells us about a past that Japanese people have lost. Today, as they decorate the Edmonton Japanese Community Association hall, bathed in the singing voices of children, these Hina dolls have breathed life back into Japanese culture.

The original story writer, Yumiko Hoyano, is an immigrant who came from Sapporo, Japan, to study at the University of Alberta in 1965. She put down roots in Canada after realizing that her doctorate in chemistry wasn’t recognized in Japan and seeing how difficult it was for women to progress in society there. For the last 30 years, she has edited the Japanese language newsletter, Moshi Moshi. The spark for Reiko’s Hina Dolls came when the actual person who donated the dolls told her “We fled.” Being an immigrant allowed Hoyano to latch onto the idea of using Hina dolls, which most Japanese Canadians are unfamiliar with, to delve into a piece of Canadian history.

Enter director Komaki Matsui, an immigrant enrolled in film school in Los Angeles, who completed this film after three years of struggle. “It’s a film that was made because of the donations of people around me, so I feel a responsibility to have many people watch it,” she says. From planning to financing, casting and shooting, the project took three years. Together, the result is a precious record of Japanese Canadian history.

A newly edited version with French subtitles is available for US $15. To purchase, please contact Komaki at komakisera@gmail.com

From My Logbook of 22 Years

Yusuke Tanaka is former editor of the Nikkei Voice

This article was originally published in the Japanese section of the April 2013 issue of The Bulletin. English translation by Ryan Nakashima