Carrying Our Legacy Torch : with a little help from the Government of Japan 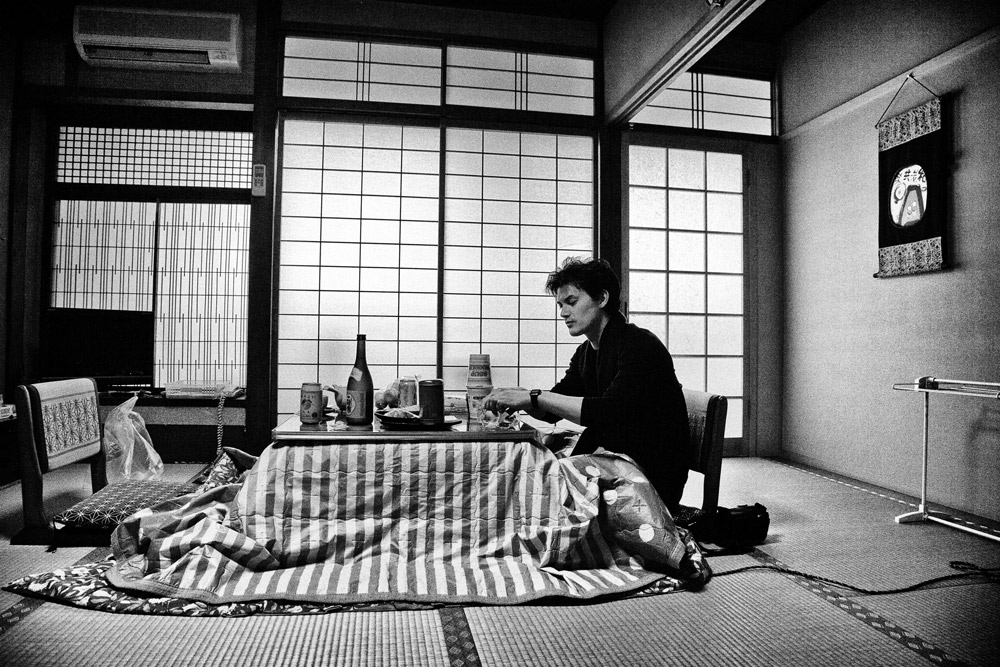 Last Friday, February 14th, I attended the send off for the 2014 Japanese Canadian Leadership Delegation to Japan, a program of the Ministry of Foreign Affairs of Japan where young (twenty to fifty-something) JCs from different regions in Canada are selected to help reconnect and represent the Japanese Diaspora with their ancestral country. Kathy Shimizu and Jason Kita of Vancouver, Keiko Marumo of Edmonton, Jennifer Matsunaga of Ottawa, and Chris Hope of Toronto are, as I write, on their whirlwind week-and-a-half tour visiting dignitaries and officials, absorbing sights and sounds, sampling cultural phenomena, and gobbling up the amazing cuisine that we all adore about Japan – all on the dime of the Japanese government. I wish I were with them – but I had my turn already – one year ago; I was in their shoes in February 2013 as the Vancouver delegate. It is from this one-year-old reflection that I write.

Tonight is February 18th, and I attended yet another event organized by the Consul General of Japan (I have attended many since my trip to Japan one year ago). Tonight we were celebrating Dr. Henry Shimizu and his unique contribution to the memory of our history: twenty-seven oil-on-canvas paintings of the Japanese Canadian internment. Besides the guest of honour there were the usual friendly and wise faces: Grace Eiko Thomson, Takeo Yamashiro, Tosh and Mary Kitagawa, Gordon Kadota, and Jim Kojima to name a few.  These are the folks who have been pillars in our Japanese Canadian community as long ago as the internment itself. They came of age during the post-war dispersal and rebuilding years, and then in the Eighties they fought and won Redress to acknowledge the suffering their parents endured and to leave a proud legacy for their children and grandchildren. Tonight I was in good company indeed. But as I looked around I found myself amongst a very small minority of younger attendees (by younger, I mean thirties and forties). And I realized that I have been unwittingly inheriting a duty that will not go away when this year’s delegates return from Japan.

Until I moved to Vancouver seven years ago I would rarely acknowledge that I was Japanese Canadian at all. Our Canadian government’s ‘Jap’ dispersal policy of 1944-491 worked marvelously as designed and Canada’s official policy in the 1970s to adopt the term “mosaic” 2 (versus the commonly-used “melting pot” when referring to our multiculturalism) didn’t effectively take hold until I was well out of school; my reality was as the product of an intermarried couple living in a sea of white people in a suburb of Edmonton trying as hard as I could to blend in. I was mostly successful – I shrugged off the occasional derogatory reference and I didn’t even like sushi until it came into vogue shortly after I graduated from university. Deep down however I had always had a desire to explore my “Japanese-ness”: I took Japanese language lessons and dreamed for a visit to Japan – but I never thought it would actually happen. It’s an interesting shift – transforming from being Just Canadian to being proudly Japanese Canadian – that’s only taken place since I moved to Vancouver, and even moreso now that I’ve actually been to Japan, as a representative of Japanese Canadians, with the endorsement of the Japanese government.

To be recognized as a leader in the community, by leaders in the community, and accepted by the government of Japan into their program, formalizes the responsibility that I have been willingly but slowly growing into since first volunteering at the Powell Street Festival in 2007. The 3/11 disaster relief efforts then thrust me forward (and so many others) to the front line of the Japanese Canadian community and my involvement has since risen ten-fold. Now, although there is no financial burden to being a delegate, as Vancouver Consul General Seiji Okada likes to remind us “this is not a free trip to Japan you are going on”; it is indeed not. But the “job” is an honourable one that I hope more of our younger kin will eagerly sign up for, with or without the trip.

I, like the past and present delegates, have the duty to receive and hold high the torch from the venerable Henrys and Graces and Gordons of the JC community, when their time to retire arrives (it has already arrived as some will tell you). But then I think of the lack of youth in the room tonight, and I worry about the strength of the flame and the weight of that torch. The foresight of the Government of Japan to have also seen this, and to have initiated this program (now in its 6th year) to identify and nurture the individuals who will be their conduit into the Canadian Diaspora (and for the distant Canadian Diaspora into Japan), is a move that benefits not only Japan and the delegates like me, but the strength and legacy of the Japanese Canadian community itself. But the merits of one official, and foreign, government program that produces only five new alumnus each year cannot prop up our legacy on its own.

So Kathy, Jason, Keiko, Jennifer, and Chris: enjoy immensely your trip in Japan. Like it was mine, I know it is the first time there for some, if not all of you. Marvel at the cleanliness, the service, and the orderliness – then contemplate the circumstances that motivated your grandparents to make the long trip across the Pacific Ocean over 100 years ago, only to labour in fishing boats, lumber mills, and strawberry fields. Enjoy the food – then remember the stories your parents told you about losing everything they had worked for; and the hastily risen greenwood shacks in New Denver or the ofuro they proudly built after living that first bitter winter in a chicken coop on the frozen Alberta prairie. Visit a beautiful temple in Kyoto – then think about how you will pass our uncensored history on to your children and your friends. And don’t forget to take lots of pictures.

Greg Masuda is a Japanese Canadian photographer and documentary filmmaker based in Vancouver, BC. His grandparents lived on Vancouver’s Powell Street from 1907 to the late 1920s then lived in Shawnigan Lake until 1942 when they were forced to move their family of seven to a sugar beet farm in Southern Alberta. Greg and his partner Erin are expecting their first child this April. www.masudamedia.com