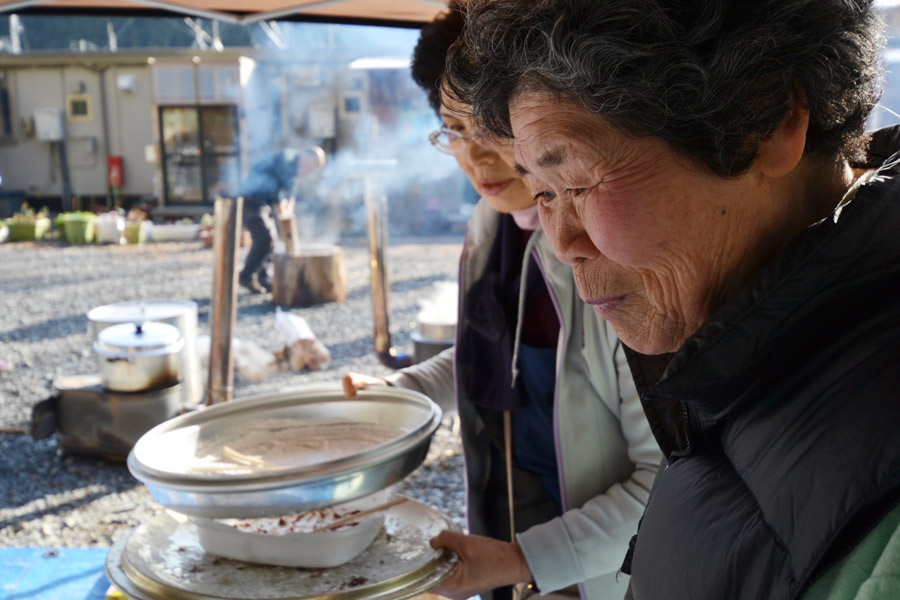 Tuesday, March 11, 2014, 4:30-6:00
Choi Building, University of British Columbia (UBC)
Commemorating the third anniversary of Japan’s March 11, 2011 (3.11) triple disaster and to provide updates on the on-going effects on affected communities and cities of the Tohoku area.

The event is free and open to the public.

3.11.3 brings together two University of British Columbia professors who are Japan specialists, and a Vancouver-based Japanese Canadian filmmaker, all with on-going research and/or creative commitments in relationship to the Tohoku triple disaster. This panel views the 2011 disaster, not as something that is over, but as something that will remain a major marking point in contemporary Japanese society and pertinent to the unfolding of its future. Although the initial shock of the disaster has passed, estimates of 200,000 to 300,000 people still live as evacuees or in ‘temporary’ dwellings, and rebuilding has only reached an initial point. For many of the communities involved remembering and commemorating the estimated 20,000 lives ended remains pivotally important. This is difficult for many in a context in which so many lives ended at once, making it difficult to carry out the usual rituals and commemorations expected following death, and for many of whom there were no specified remains. Of relevance is that this is a society that marks services for the passing of the dead at specified intervals, including one at the third anniversary of death. For many communities fears and anxieties over radiation poisoning (in the Tohoku area and throughout Japan) remain high, as many in Japan discuss either re-opening the nation’s nuclear plants or ending them entirely. National planners wish to get Tohoku areas rebuilt but often there is a sense of disjunction between the views of planners or bureaucrats based in central cities and those of local Tohoku dwellers living in affected communities. The speakers also address issues of diversity within these communities and cities, and the viewpoints of children as well as adults.

Dr. David Edgington
Department of Geography, University of British Columbia
The Road Ahead: Reconstruction In Three Tohoku Cities after the 3.11 Disaster
Traditional approaches to post-disaster reconstruction often assume the process is `ordered, knowable and predictable’. But in the case of Japan’s March 11, 2011 earthquake and tsunami there have been uneven recovery trajectories along the 600 km length of the Sanriku, Sendai Bay and Hamadori coastlines. To illustrate this issue, this presentation gives an analysis of reconstruction in three Tohoku cities – Soma in Fukushima prefecture, and Sendai and Ishinomaki in Miyagi prefecture. Based on interviews with city officials and reviews of reconstruction plans in the last two years, the analysis focuses on three dimensions of post-3.11 recovery – removal of debris, the resettlement of displaced survivors into permanent housing; and recovery of the local economy. The results indicate that the pace of recovery has been affected by a variety of factors including the extent of localized devastation, the capacity of municipal governments, and the special challenges of reviving the fishing industry.

Dr. Millie Creighton
Department of Anthropology, University of British Columbia
Wasuren! (We Shall’t Forget): Rendering, Remembering and Commemorating Tohoku’s and Japan’s 3.11 Triple Disaster
This paper explores the needs of people and communities in hard hit areas of the 3.11 disaster, including Sendai, Fukushima, Ishinomaki, Kensennuma, Kamaishi, and Yoriage, to commemorate the event, and their dead, while striving for involvements to redirect efforts to the future. It discusses the Wasuren! (Don’t Forget) Centre to document the disaster and survivors memories created in Sendai, Project Fukushima organized by residents of Fukushima to consider the city’s future after the nuclear reactors meltdown and release of radiation, spontaneous memorials created by the wrapping of space with paper for people to express their thoughts and feelings on the disaster in Ishinomaki, public art projects in Kensennuma, one of the ‘Everyone’s House’ (minna no ie) in Kamaishi, and the Kiroku, or Record, Centre in Yoriage. It compares differences in area narratives of the disaster by those who experienced it, with national narratives of it as Japan’s disaster, including different connotations of the encouragements or admonitions to gambaru or gambette (persevere). 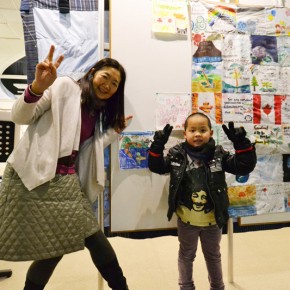 Linda Ohama
Vancouver-based, Award-winning Film Maker
Voices from Fukushima from a Vancouver filmmaker’s experience in Tohoku
Film maker Linda Ohama has been living for over a year in the Tohoku area, documenting the post-3.11 disaster, working on the film documentary Tohoku no Shingetsu. She has also been involved with communities on textile projects involving school support groups Through this she began the ‘Cloth Letters Project’ which connects children from areas of Tohoku in Japan with children in Canada through the creation and sharing of cloth letters and their joining into a larger textile of cross Pacific ties and support. Her presentation gives perspectives from her residence in Tohoku and incorporates the perspectives and voices of children from affected areas.