A Canadian Yonsei in Yamagata

Experiencing Japan through the Jet Program 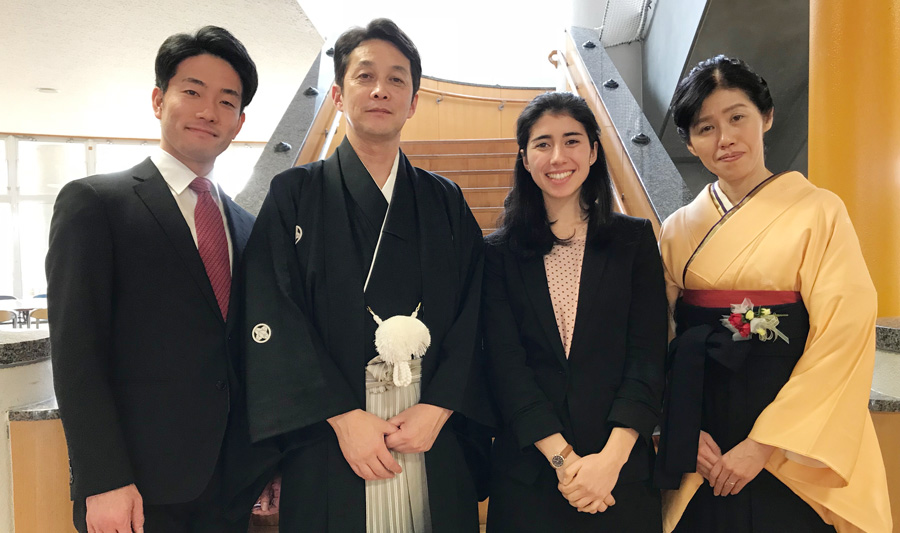 Emiko Newman graduated from Simon Fraser University with a major in English and minor in Sociology. In 2017 she moved from Vancouver, BC to Japan to work as an Assistant Language Teacher in the Japan Exchange and Teaching (JET) Programme. Her great-grandparents were born in Miyagi, the prefecture next to Yamagata where she currently resides. One year later, she is still happily teaching and enjoying her life in Yamagata. Here is her story. 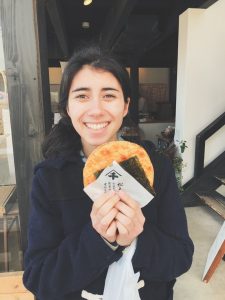 I had spent only two weeks in Japan prior to moving here to teach, so I was curious to see how that initial experience would compare to moving to the country for a minimum of one year. Would I feel culture shock? Would I fall in love with Japan and never want to leave?

To be completely honest, I was disappointed to hear I would be placed in Yamagata. I had hoped to live in the south where I had friends, and could experience a milder winter. The day I arrived in Yamagata, however, looking out at the lush green mountains through the Shinkansen window, I felt an immediate relief. Although I would be far from the ocean, being surrounded on all sides by mountains provided a great comfort.

It’s now been just over one year since that day. And I would never have wished to live anywhere else! Living in Yamagata has been a whirlwind of thrilling moments. With a population of 250,000, Yamagata city is not overly inaka (rural), but it is small enough that I run into people I know almost every time I leave my house.

As an ALT (Assistant Language Teacher), I teach at a junior high school about 15 minutes away from my house by bicycle. I had no prior classroom experience, so naturally I was nervous about teaching. On the day I was to give my welcome speech in front of the school, the gym was silent with over 800 perfectly behaved teenagers. The moment I stood up and walked towards the stage, the entire room erupted in excited whispers. To this day I’m not sure what they were saying, but it was shocking to have caused such a reaction before I even started speaking!

As I came to know the students and teachers over the next few weeks, I felt amazed by their kindness and hospitality. One teacher even went to Costco and bought me peanut butter and popcorn to make me feel more at home. The vice principal makes a huge effort to speak English to me, and I often find little treats left on my desk.

Of course, those first few weeks and months were also filled with isolation, confusion, and frustration. Despite working with seven Japanese English teachers, communication was often difficult. I constantly worried whether I was “ALT-ing” the right way. Was I contributing enough to lessons? Was I interacting with the students enough? Was I dressing appropriately? (Guidelines are very strict.)

Outside of work, too, the language barrier remained one of my biggest anxieties. Tasks that would have been simple at home, such as going to the post office or visiting the doctor, turned into time-consuming ordeals that left me exhausted. I often felt guilty at my lack of Japanese fluency. Over this past year I have had to continually remind myself that language improvement is a slow process – for both me and my students! – and to put less pressure on myself.

One thing that separates me from the other ALTs is having a Japanese name. I am met with confusion every time I introduce myself to both foreigners and locals. I explain that my grandmother was Japanese and that I am a yonsei (4th generation), and the locals are usually excited. Although I have Japanese heritage, however, I will always remain foreign in their eyes. I have found the cultural boundaries here to be very rigid – but that is a topic for another day! 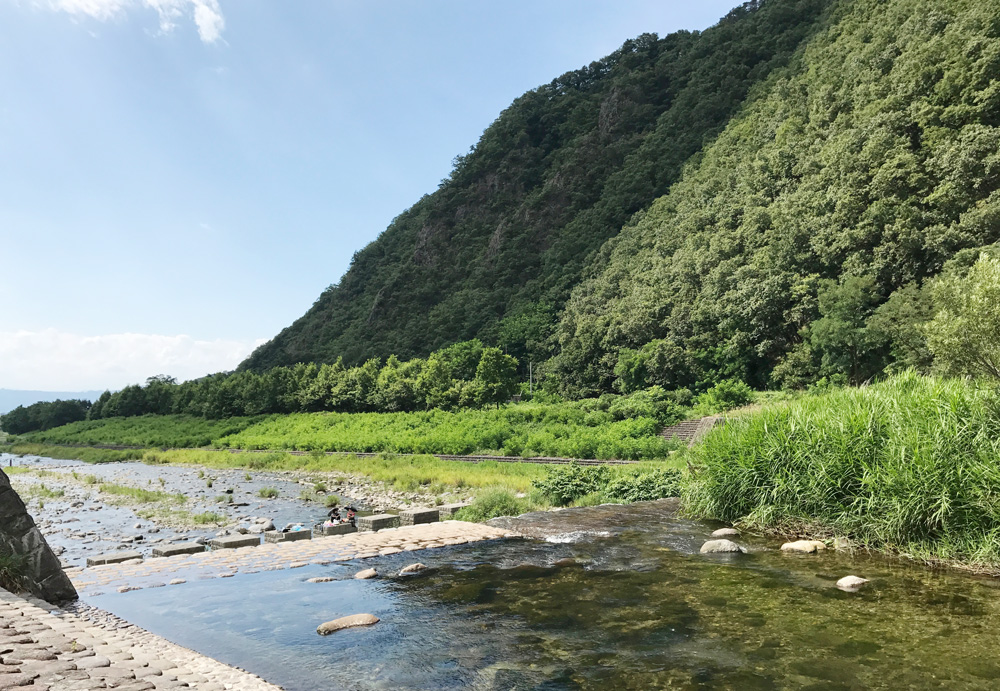 The locals in Yamagata have been nothing but friendly. I joined a local gym, where I’m always approached by people curious to know where I’m from and why I moved to their city. During traditional enkais (drinking parties) with my fellow teachers, a few reveal their desire to learn English. Their interest is heartwarming, but I’ve also encountered many mistaken myths and beliefs about foreign countries. One teacher told me he had never left Japan because he was a vegetarian, and was concerned that other countries wouldn’t cater to his needs. Others have told me that foreign countries are too dangerous to visit. Each time I encounter such beliefs I attempt to persuade them otherwise. In all of these situations I feel grateful for the JET Program and its opportunities for cultural exchange. 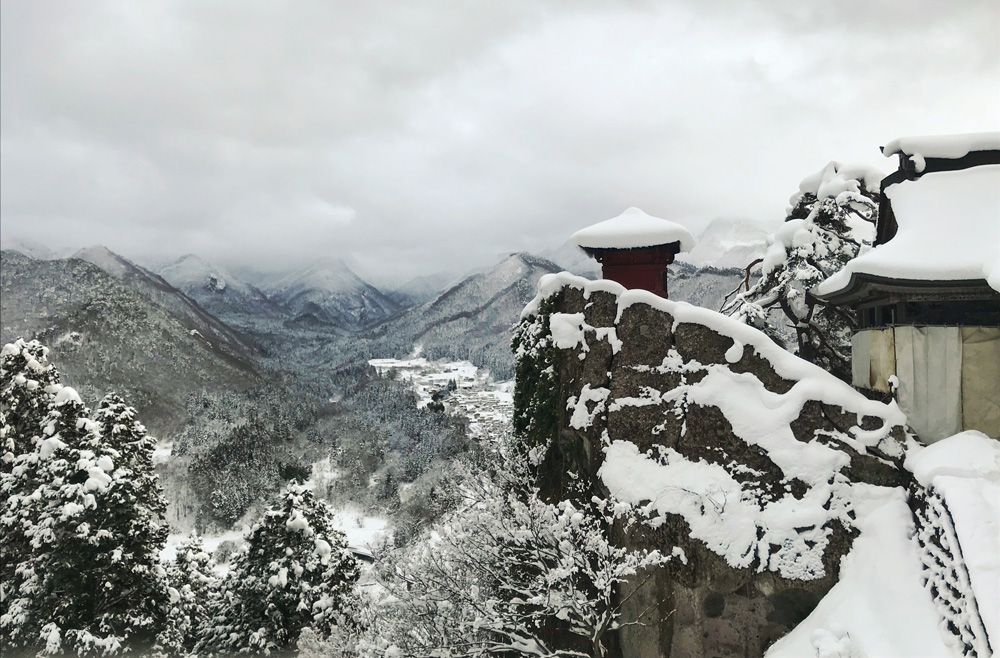 My students are possibly the greatest part of living here. Going to work each day and seeing their energy and enthusiasm is incredible. Here are a few of the funny highlights from last year:

• Sometimes I get to teach funny English expressions to students. I taught one class the word “foodbaby” and spent the entire year hearing this yelled at me every time I passed them in the hallway.

• Luckily I have had to endure natto day for kyushoku (school lunch) only once. Most of the students ended up stacking their uneaten natto boxes on the teacher’s desk in a towering pile of smelly beans.

• One class calls their teacher “asparagus teacher” because he’s very tall and thin. After learning this I spotted asparagus-flavoured chips in the convenience store and brought them to the teacher as a gift. Unfortunately they tasted more like grass.

• One day after kyushoku I witnessed an epic janken (rock scissors paper) match where all the boys participated. The loser had to drink all seven leftover milk cartons. And he did!

This year I was selected for the role of Regional Advisor, in which I support the incoming JETs and help the ALTs with their lives in Yamagata. When I arrived here last August I attended the famous Hanagasa Matsuri, feeling dazed by all the newness. Just last week I led the new JETs at the same festival. I plan to stay in Japan for at least one more year, and I’m proud and grateful to be living in an incredible Japanese city I can now call home.

Note: This article appears in Vol. 23. No. 2 of Nikkei Images